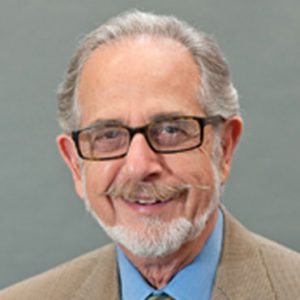 J.B. Kassarjian has been Professor of Management (1980 – ) at Babson. He has also been Chairman of the Management Division at Babson (1981 -1987).  He has held a joint appointment, as Professor of Strategy and Organization, at IMD (1989, and as Emeritussince 2001.)  Prior to joining Babson and IMD, he was on the faculty of the Harvard Business School, and he was also involved in establishing Harvard-related graduate management institutes in Iran and the Philippines.  He has served as consultant to organizations (in the Americas, Asia, Europe, and the Middle East), in such areas as leading change, strategic restructuring, and senior management team building.

Dr. Kassarjian’s writings include a book, numerous articles, and a large number of cases in a variety of business and geographic settings.  Recently he has been the recipient of two case-writing awards: his 3-part case series, Sony Europa (A), (B), and (C), (co-authored with K. Kashani), won the 1999 European Foundation for Management Development (EFMD) Case-Writing prize, in the Change Management category.  And his case Shaping Spaarbeleg: Real and Unreal won the European Case Clearing House (ECCH)/ Business Week-2000 European Case Award in Policy and General Management.  Recent writings aimed at a practitioner audience include: a chapter titled, “The Leadership Paradox”, in the book Focused Strategy: Mastering Bottom-up Organizations, Edited by P. Strebel, Wiley, 2000; and a chapter titled, “Writing an Effective Case for Executive Program”, in the book Mastering Executive Education, FT – Prentiss Hall, 2005.

Back to the BSL multi-stakeholder platform