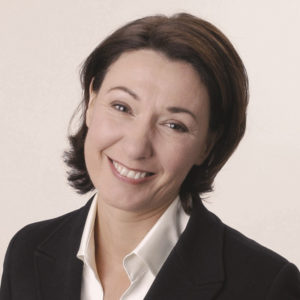 Romaine Jean is a Communications and Media Consultant, having led a long career in the audiovisual media.

She worked at the Swiss public television channel RTS, as a news anchor, political journalist as well as Chief Editor. She launched, anchored and produced leading programs on political and societal debates and on investigations, like “Infrarouge”, “Les Coulisses de l’Evènement” and “Toute un vie” or the “Forum des Européens” at the European culture channel Arte.