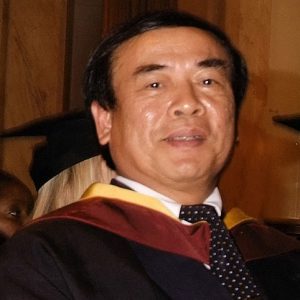 Senator Ngo Quang Xuan was selected for an honorary doctorate degree in recognition of his exceptional achievements in the diplomatic field, in particular the entry of Vietnam into the WTO. Formerly an Ambassador Extraordinary and Plenipotentiary, Senator Ngo Quang Xuan is a permanent Representative of the Embassy of the Socialist Republic of Vietnam to the United Nations, the World Trade Organisation and other international organisations in Geneva.