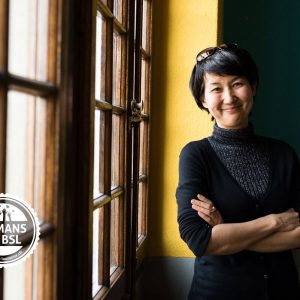 My name is Madina, which means “culture” in my native language, Kazakh. I was born and grew up during Soviet Union time. My adolescence was during the time of “perestroika” and I started my university studies when the Soviet Unio
n collapsed and my country became independent.  It was a time of change; the country moved from planned economy to free-market economy, bringing huge cultural and ideological transformations. If you ask me what I retained from my Soviet past that is still valuable, I will say it is these words that I read on the black board on my first day of school: “Studying, studying and, once again, studying”. These words have remained in my mind in spite of the drastic changes in my political views and personal values since then, and became the moto of my life. I realized that I enjoy learning new things and I continued studying throughout my life. I am happy to have found a profession that allows me to do two things that I like so much, studying and teaching.