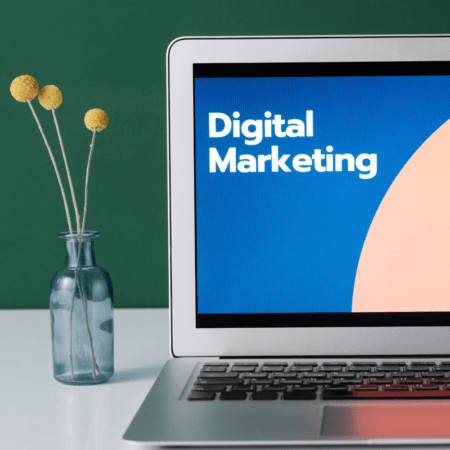 Photo by Mikael Blomkvist from Pexels

(This article is dedicated to the last topic discussed in the Digital Marketing and Social media class – Jan. 2022)

Most marketers today, especially in the digital area, face an interesting dilemma: it is often not what they can do, it is whether they should.

After all, the data sets they can work with are growing all the time, as is the analytical and modelling power of AI-powered profiling and targeting tools; the regulation, even within GDPR, is not up to scratch; consumers are, it seems, largely ready to trade privacy for various conveniences and creative tools are expanding into areas that, increasingly, do not look like traditional marketing efforts (especially advertising)  – and are therefore easy to misunderstand as the ‘neutral’ user content.

Overall ethical challenges with marketing are plenty, but for the sake of space in this blog I will focus on four big groups of considerations. They are very rarely (except environmental impact), in my experience, discussed within the marketing communications industry, particularly in boardrooms. Survival (at all cost) and profit (if possible), still rule. This side of marketing is the mirror we all look into to tell us which hat we really wear: the ‘black’, the ‘white’ or, as is often the case, the grey one.

I borrowed this expression from prof. Mara Einstein’s book ‘Black Ops Advertising’, as today it applies to all of marketing. It has various vectors of activities.

One of them is the ways our personal data is collected, aggregated and profiled. Cambridge Analytica (CA) scandal, Frances Haugen’s whistleblowing (Facebook again) and the documentary film ‘Social Dilemma’ have in a lot of detail revealed various nefarious practices in some of the biggest digital (marketing) platforms. All of that outside of control of the users.

Then, there is the question of profiling itself. Although GDPR instructs that for some profiling – such as lead scoring and propensity to buy – there must be a permission from users, the practice is patchy. Laws do not exactly prescribe yet how much profiling is too much – if any.

This is fine with small and more generic data sets, but what about situations (like CA) where there is a significant ‘data liquidity’ about individual users with thousands of data points describing their quite personal behaviors and attitudes. In those cases (again, like CA, which claimed 5,000 data points per person) marketers can deploy sophisticated profiling approaches such as those based on the Big 5 personality framework (OCEAN). This is an unprecedented level of profiling sophistication and, therefore, possible influence.

To my knowledge, no country (or EU) currently regulates the possible extent of profiling as a hypothetical ethical boundary, bar medical and sexual preference data, but this is likely to change.

The second big ‘black ops’ area is the manipulation with the interface itself. The ‘screen’ is the main modality for conveying our everyday reality now (given the number of hours we spend starring at it every day, for professional or personal reasons). Again, this space is rife with manipulation, as dramatically shown by DarkPatterns.org – a website created by a group of UX/UI activists blowing the whistle on what they call the ‘dark UI’ practices.

To understand what ‘dark UI’ could mean, think unwanted software upgrades, screen prompts with only a ‘Yes’ button in them (no way to say ‘No’), hidden charges in checkouts, visible only after going through 4-5 previous order screens or even fake smudges on mobile ads to garner some accidental clicks! Whether ad fraud is really on its way to become the world’s 2nd largest criminal activity, after drug trafficking, remains to be seen, but sites like Dark Patterns really do make one go ‘Hmmm…’ on the whole digital marketing practice today.

Up until recently, to my knowledge (with a single German exception of a legally binding ‘crash screen’ button on gambling websites), there was no comprehensive regulation for the interface, which is bizarre given its importance for our lives. The new Digital Services Act, just adopted by the EU Parliament, has some provisions on it, largely focusing on interface manipulation for gaining data consent.

Finally, one of the most controversial areas of ‘black ops’ are the operating systems themselves – deliberately constructed to stimulate addiction and ‘dopamine pumping’ via mobile phones, as well as the algorithms that assist and in many ways shape how we allocate the very scarce resource of our attention. This was the very topic and the reason behind consternation created by the ‘Social Dilemma’ documentary. (More on ‘digital obesity’ below).

Breaking the wall between ‘the church and the state’

The metaphor above refers to editorial and marketing teams in modern media, especially print. The ‘wall’ between them is the separation between the ‘native’ journalistic content (‘real’ or ‘true’ news) and paid-for content. In other words, can companies camouflage their marketing to look like the ‘native’ content?

Faced with the relentless destruction of its revenue models due to the collapse of print-based advertising – and earning quite paltry revenues from its digital equivalent – digitised print media have resorted to a lucrative but ethically dubious practice of ‘native advertising’. In a nutshell, it is a paid commercial message made to look like the ‘real’ journalistic content. Sometimes it is produced by the editorial team in their natural journalistic style but often this is just a badly concealed press release from the client.

Companies love ‘native’, of course, as it goes around the usual psychological barriers we have as users when we know that somebody is trying to sell us something. Here, it is different. According to various research, including by prof. Mara Einstein, rarely more than 20% of users, including the most ‘digitally literate’ young generations, can spot whether something is ‘native’ or not.

Regulation does exist but is feeble. Monikers such as #promo or #sponcon are used and are even required by law in some countries, but they tend to be visually attenuated on the page, in small grey letters, or lacking completely because of the weak enforcement. In some markets, such as the Balkans, most of the leading news portals make significant percentage of their annual revenue from ‘native’ ads (and some even more than half!). The result is the collapse of the trust in media and a population that does not believe in anything and is, therefore, ready to believe in everything.

This area is well-explored in numerous discussions relating to privacy overall and the ways to regulate AI-based systems. To my knowledge, prof. Andrew McStay from Bangor University was the first one to use the phrase and to create some frameworks about ethical practices in this space.

The ‘empathic media’ refers to the ever-increasing capabilities of the digital media systems/platforms to read and analyse our emotions and mood states and then ‘play back’ to us content that somehow reflects that. This opens some new avenues of thinking about possible manipulations, from the nightmare Big Brother to the more positive Big Butler (or Big Mother) scenarios.

If we know, as we do now, that angry people click, comment and share more online (great engagement metrics), or that anxious people tend to buy lots of things and content that, so the hope goes, will relieve at least some of that anxiety, then some may argue it is in the interest of such systems to keep us in those mood states for as long as they can. The profit logic is indisputable. But the ethical one is the opposite of that. However, if things are not regulated and the consumers don’t mind that much (or are not even aware this is happening), then who wins?

The ‘Huxleyan challenge’: digital obesity and trivialization of our lives

‘Brave New World’ is a famous dystopian novel by Aldous Huxley, depicting a society controlled not by an authoritarian Big Brother, but by a caste of rulers who rule by inflicting pleasure and indulgence onto the masses (conveniently packaged into the pill of the ‘soma’ drug).

The resonance of the novel with the state of the mind and behaviours in the modern world was brought to us by prof. Neil Postman, an American media theorist and academic, in his book ‘Amusing Ourselves to Death’, written in 1986. The book was rediscovered in the turmoil of the American elections in which Donald Trump became the president, and used as a warning. Many believe that prof. Postman – almost like Hari Seldon in Asimov’s ‘Foundation’ – predicted most of what is happening today a few decades ago.

Relentless commercialisation of media, first TV and now digital, has led to the prominence of rating metrics: grps, eyeballs/views, shares/retweets and the overall ‘buzz’. This creates its own ‘epistemology’, in the way how it teaches us to process the world through the eyes of immediate, decontextualised, fragmented, emotionalised (affective) and, essentially, trivial and shallow. So, this is the kind of life we increasingly live, decisions we make and people we choose as leaders. Surface is what counts; depth (as in rational, context and detail) is boring, emotions rule…

Marketing is a big part of it, in many ways, as it uses its formidable scientific toolkit to understand our emotional and behavioural triggers for the sake of commercial gain. In that way, it trains us for trivial as well. It mythologises trivial and even harmful products (for us, for the society and for the planet) and makes them desirable.

The collective result of this Huxleyan challenge is the world we have today, where impulse rules and instant gratification is the road to commercial success. At the same time, we are becoming illiterate with our attention and both digitally and physically obese (to use the phrase by Gerd Leonhard).

Marketing has become, in the eyes of many, an industrial system for converting natural resources into waste. Our rivers and oceans are full of it, as is, often the air we breathe and the food we eat. Marketing as a philosophy and especially its various ‘promotional’ practices, is now at a watershed moment: it either must start talking (at least!) and doing something about its ethical challenges or suffer a potentially cataclysmic backlash.

Like many other intellectual tools (and marketing is that), it has to be used responsibly.