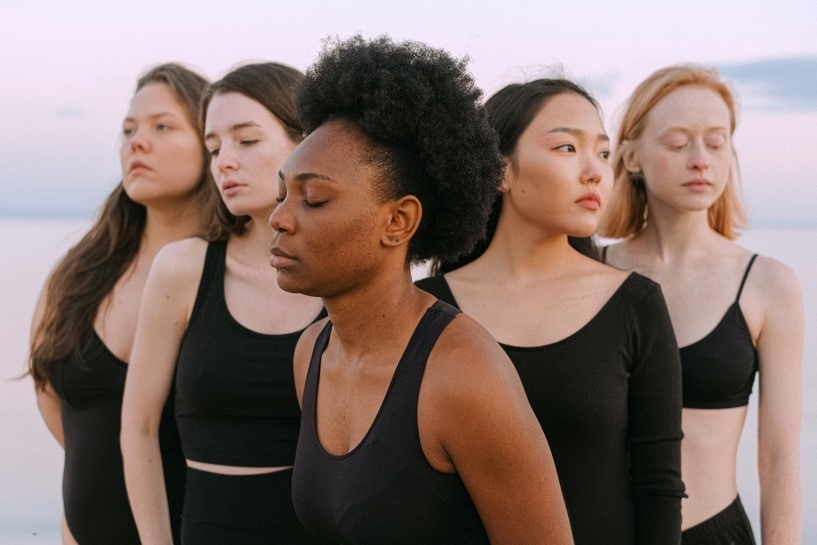 Recent social movements (feminist march, Black Lives Matter, Pride march) have put pressure on organizations to be more inclusive of the diverse demographics (based on racio-ethnic background, sexual orientation, gender identity, physical and mental abilities, age and physical appearance). It has now become crucial for organizations to understand the needs and characteristics of the different social groups among their employees and customer base.

Organizations who acknowledge and value differences have been shown to outperform their competitors in terms of productivity, innovation, and attractiveness. According to the “Diversity Matters” report by McKinsey of 2015 and the Harvard Business Review report of 2018, inclusive and diverse organizations display a 12% increase in performance, 9% higher EBIT margins, and an impressive 35% higher chance to have better financial results. On the other hand, organizations who disregard diversity and inclusion are increasingly called out, especially on social media, resulting in harmful bad press. Some websites specifically dedicated to calling out discriminatory practices by companies are attracting a monthly traffic of tens of thousands visitors. Social exclusion is also costly. For example, the exclusion of LGBTIQ+ people has been estimated to represent a global and annual cost of $100 billion according to a 2017 UNAIDS study.

These cultural and economic imperatives towards greater diversity and inclusion of social minorities force businesses to transform several functions, such as human resources, marketing, leadership, and innovation. Aiming for a diverse and included workforce and customer base requires companies to rethink how they do business. Doing diversity and inclusion should be an organization-wide initiative as it requires the analysis and improvement of all the organization structures and processes to turn differences into sources of strength and growth, rather than sources of weakness and inefficiencies.

Organizations may feel that they are already doing a great deal to have a diverse and included workforce. Extensive efforts have been made to ensure that women are fairly represented in positions with responsibilities and nobody within the company is complaining about the staff not being diverse enough. It is in fact rather difficult to acknowledge that one can do better when there are no explicit signals suggesting otherwise.

That is why the first step in a D&I initiative is to run a diversity audit. Companies need to assess using both quantitative and qualitative measures how well they are doing: are racial minorities underrepresented in positions of power? Is it easy for LGBTQ+ colleagues to come out and be open about their identity? Has our company made a conscious effort to become accessible to people with disabilities? Do we allow for flexible work arrangements for parents? Do we provide support to transgender employees in their transition?

These are all questions that companies must ask themselves in order to evaluate how inclusive they truly are. Once areas for improvement are identified, companies are ready to develop their D&I strategy. Hereafter are several areas that are most likely to be impacted by the strategy.

The most central function when it comes to diversity and inclusion is human resources. It is often the backbone for making the company more diverse as it can impact who enters the company and how comfortable the staff feels to remain in the company. Making a company more inclusive will require serious shifts in its recruitment, retention and reward policies.

Recruitment should be analyzed through the lens of biases and discrimination. Where and how the company advertises its jobs will certainly have an impact on who applies or feels legitimate to apply. As most recruitment tests and processes have historically been designed for hiring cis white abled men, it is crucial for companies to assess with a thorough critical and reflexive mindset if and how they want to hire more candidates from social minorities.

When it comes to the retention of employees, companies must know with precision how included or discriminated they feel. This can be done through quantitative and qualitative analyses or questionnaires among its staff. How included the staff feels will largely depend on the company’s culture, the possibility of having flexible work arrangements, the company’s explicit and public support of social minorities, and any HR practices that are specifically tailored to minority groups (e.g., financial support for transitioning employees, holidays for religious minorities). A 2018 study by the Harvard Business Review concluded that a diverse and inclusive company will have a 19% higher employee retention than their traditional counterparts, showing the clear benefits of having a genuine diversity and inclusion strategy.

Finally, reward policies, no matter how secretive they are, should be taken seriously. In fact, employees might read a difference in salaries between equal colleagues as discrimination, which in some countries can lead to serious lawsuits. Historically, most of the legal constraints that forced companies to take diversity and inclusion seriously in the United States started from salary discriminations.

Diversity and inclusion are also likely to impact the marketing strategy. As customers are increasingly more assertive and conscious of their social identities, it is crucial for companies to address this trend if they are to appeal to their customer base. One notable example of a company failing to do so is Victoria’s Secret, the American lingerie maker. While its products are mainly aimed at women, its leadership has been composed 70% of white men. This discrepancy led the company to falsely assume that its customer base was attracted to its products through its models that embody very strict and impossible-to-reach beauty standards. Slowly, the company lost its market share, falling from 31.7% in 2013 to 24% in 2018. Worse, its market capitalization fell from $28 billion in 2015 to a bit more than $1 billion in 2020.

Around the same time, Rihanna created her lingerie brand called Savage x Fenty with a very diverse team. Its first fashion shows stood in clear contrast to Victoria’s Secret. Rihanna and her team opted for a diversity in bodies, sizes, gender identities and skin colors for its models, reflecting the diversity for which lingerie customers longed for. After 3 years only, the brand was valued at $3 billion in 2020.

This example shows how a diverse marketing staff is better equipped at understanding what the diversity of customers want. In fact, as markets are made of diverse individuals and companies, it is necessary to have a wide range of ideas, worldviews and experiences to analyze and understand what customers want. As simple as it may seem, LGBTQ+ people for example are the best equipped to understand what LGBTQ+ customers are willing to pay for.

Companies who have extensive points of contact with customers also need to be socially literate on the do’s and don’ts with their customer base. In fact, the rise of social media accounts where customers can report discriminatory behaviors by companies and their staff puts additional pressure on corporations to behave appropriately. This may require a diverse staff who can better interact with a diverse customer base, or trainings on what behaviors are appropriate or not to any employee that is in contact with customers.

Diversity and inclusion will also play a great part in how the company is perceived by its environment. Companies who are explicitly supportive of diversity are more likely to appear in line with the sociocultural environment. On the other hand, homogenous companies risk appealing only to one customer segment and appearing as old-fashioned or discriminatory. This is why most big corporations are now paying due attention to diversity through reports on their inclusion practices or through applying for international diversity awards. However, diversity and inclusion must be based on a genuine intention. In fact, the queer community is increasingly calling out companies who do what is called “pink washing”, i.e. the mere advertisement of diversity for promotion purposes without an honest concern for the community.

As said above, companies may also do diversity and inclusion to comply with legal requirements, as lawsuits for discrimination can be extremely harmful to their brands and reputation. Lawsuits can arise from discriminatory behaviors based on any social minority, i.e. gender, race, sexual orientation, or disabilities. Corporate social responsibility policies thus need to be aware of the complexity of social identities.

It has long been shown that innovation teams that produce the most ideas and prototypes are those that are diverse. The 2018 Harvard Business Review report on diversity shows that inclusive companies have 19% higher innovation revenues. Research by Harvard professor Amy Edmondson has shown that a crucial aspect in innovative teamwork is what she calls psychological safety, which describes a team climate in which everyone feels safe to voice concerns, questions or mistakes. Psychological safety is thus antonymous to discrimination, bias and power relations, which would immediately make the team climate toxic. For example, a few sexist jokes might make women feel aggressed, leading them to withdraw and withhold due to their not feeling safe. Therefore, psychological safety requires the team to be inclusive and mindful of all social identities.

This raises questions as to how team leaders can best harness their team’s potential. One notion that is increasingly getting attention is that of inclusive leadership, which describes the qualities that a leader must have to empower all the members of its team and ensure that everyone is feeling valued and welcome. Inclusive leaders ensure that all points of view and perspectives are taken into account. They are also aware of their social biases and constantly reflecting on them to avoid favoring one social group over another.

Another important point is that of remote work, as innovation now occurs across physical boundaries. In cases where remote teams are international, a multicultural awareness must be in the team’s skillset. Multiculturalism has long been researched and produced an extensive body of knowledge on how to best interact across cultures and nations. What is slowly arising is the other dimensions of diversity: how remote work impacts people with physical disabilities, how it makes women feel safer than offline meetings, for example.

Finally, there is a rising notion in new product development called “inclusive design”. This is related both to accessibility (making sure that the product can be easily used by people with physical disabilities) and representativity (such as designing icons or images that are not gendered or that do not show all skin colors).

There are additional aspects of business that are impacted by diversity and inclusion, such as organizational design (how vertical or horizontal structures impact how inclusive companies are perceived to be), and social capital (what are the main events or activities through which our staff builds and grows its social capital? are these events and activities always between the same identities, thus excluding others?). As they relate to the social aspects of a company, diversity and inclusion are most likely to impact every dimension of the company with more or less intensity.

Overall, diversity and inclusion initiatives open up exciting avenues for business transformation. As we are at the early stages of this paradigm shift, a lot of questions are left unanswered and the best practices have only started to emerge in the past five years. While this may become a source of stress and confusion for some, it is seen as a source of opportunities by others. In whichever case, companies can no longer ignore the need to embrace the social complexity of its employees and customers, which calls for an encouraging “inclusive turn” in how business is done and taught today.