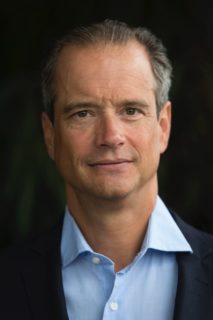 CEO of LunaJets Eymeric Segard was a guest speaker in the Bachelor class “Entrepreneurship” with a talk about “Starting a start-up, and adapting the business strategy to the ever changing business environment”.

Eymeric explains: “Entrepreneurs everywhere are always in search of the next big idea, but sometimes the idea just comes up in a casual holiday conversation with a friend.  Eymeric shared his experience on how the LunaJets idea came about, how the business plan was developed (empty leg flight optimisation), and how the company launched in May 2008.

However the cardboard boxes had not even been fully emptied that the financial crisis hit the world in August 2008, and LunaJets, now facing the disappearance of its main target market, had to turn its business model a full 180 degrees, to survive.  And survive it did, striving and growing at the same time, to become a 35 employee-strong company in 2017, organising 3,500 flights all over the world on behalf of its international corporate and private clientele.”

In an open and informal debate and exchange of ideas, the curious group of students and Eymeric then discussed the different challenges and obstacles facing the private jet industry in the near future, as competitors try to innovate, and client become even more demanding.

Eymeric, 48,is half French, half Colombian. He spent his childhood in France, the UK, Colombia and Brazil. He studied at Brown University in the US, and worked in NYC, London and Mexico, starting his career at Merrill Lynch, before joining WPP’s Ogilvy. He speaks fluently 5 languages. In 2008, he founded LunaJets and moved to Geneva, Switzerland with his Brazilian wife and their 2 ski–‐addicted kids. Expanding and managing LunaJets is his passion, but he is also an active « Ironman » triathlete.