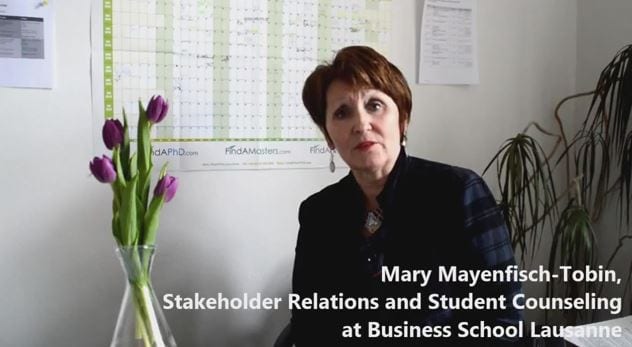 Business School Lausanne will host an event for students, staff, faculty and members of the public on Tuesday, 8th April , 2014, at 18h30.  The discussion will look at corruption and its impact on business, nationally and internationally.

The event will be moderated by BSL’s Dean, Dr. Katrin Muff, in the format of an open-space “collaboratory”, engaging all participants in a collaborative and creative process of sharing thoughts on the topic of corruption and business. The audience and the attending experts will be involved in envisioning what the world could be without corruption.

Members of the public are welcome to join the event and can . (Our online registration has closed)

More about the speakers

Dr Méan holds a doctorate in law from the University of Basle, and an LL.M. from Harvard Law School. He is also a graduate from the College of Europe in Bruges and has been admitted to the bar in Zurich and Montreal. He has occupied various legal positions with the Alcan Group in Switzerland and Canada and has been General Counsel of Landis & Gyr in Zug, Chief Compliance Officer of the European Bank for Reconstruction and Development in London and General Counsel of Société Générale de Surveillance in Geneva.

He is currently in private practice specializing on corporate governance and anti-corruption. He is the author of several publications in the field of international commerce, especially in the field of anti-corruption. He is President of the Swiss Chapter of Transparency International, the global civil society organization leading the fight against corruption and a member of the Anti-Corruption Commission of the International Chamber of Commerce. He is also President of the Foundation Caux – Initiatives of Change.

Laura Spinney is an author and science journalist. She has published two novels in English, The Doctor (Methuen, 2001) and The Quick (Fourth Estate, 2007). Her third book, which is non-fiction and in French, Rue Centrale, is just out from Editions L’Age d’Homme. As a journalist she writes for National Geographic, The Economist, Nature, New Scientist and The Guardian, among others. She has lived in Lausanne, Switzerland since 2009.

Dr. Nicolas Rouiller obtained his law degree at the University of Lausanne in July 1997. Dr. Rouiller has published numerous books and articles in private law, notably about its coordination with public law (from the infringement of administrative regulations by private transactions to the influence of corruption on contracts). He has published a treaty about Swiss and European Law of Contracts in 2007. In parallel to his main activity of practicing lawyer, he has also been teaching business law at the Business School of Lausanne since 2004.

Medair is a humanitarian relief and recovery NGO based in Ecublens, Switzerland.  Its mission is to provide a range of emergency relief and recovery services to relieve suffering for those in crisis in some of the most devastated and remote places in the world.  It currently works in Afghanistan, DR Congo, Haiti, Madagascar, the Philippines, Somaliland, Somalia, South Sudan, Zimbabwe and Jordan/Lebanon for the Syrian crisis.  Medair’s relief and recovery services focus on: health care and nutrition; safe water, sanitation, and hygiene; and shelter and infrastructure. In 2013, Medair provided relief to more than one million people.

Pav Akhtar,  Director for Professionals and Managers at UNI

He has previous served as the Director for Communications at Education International, and the Head of Race Equality at UNISON, the UK’s largest public sector workers’ union.  An experienced practitioner of employment and equality legislation, he was appointed by the UK’s Minister for Justice to serve as an employment tribunals’ member to address workplace disputes, and was appointed by the Minister for Equalities to serve as a Public Appointments Ambassador to promote race, gender and disability equality in public life.

Head of Equality for the UK Department for Education and private sector policy analyst in the Department for International Aid, Pav holds a Master’s degree from Cambridge University, where he was President of the Students’ Union, and he served as a councillor in the London Borough of Lambeth.